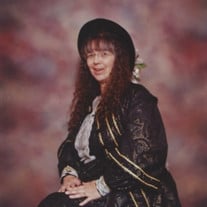 Sharon Ann Walter Brown was born December 7, 1951 in Winthrop, Washington to Carol J. Walter and Dorrence D. Walter. Sharon graduated from Okanogan High School in 1970. She started working for the US Forest Service just out of high school. Sharon worked for the Okanogan Bakery during her first summer after graduation. She left the bakery and started working at the Omak Wood Products lumber mill in the fall of 1970. This is where she met her husband, David Brown. They were married on March 19, 1971 at the Omak Free Methodist Church. They had 2 sons, Jerame and Scott. While the 2 kids were growing up, Sharon worked as a receptionist and bookkeeper for an eye doctor, a dentist,a propane company, and a lumber store. She sold Artex and TriChem liquid paints for years. Sharon then went to college to learn how to decorate cakes. She was then convinced to open her own home bakery, Sharon’s Sweet Creations, in 1986. In 1998 Sharon worked for Hallmark part time, full time for Walmart, and while still working the home bakery business. In 2004, she closed her home bakery and worked full time for Walmart until 2013 when she had to retire due to a back injury. During their retirement years, Sharon and David attended gun shoots, and Sharon hand-made many of the dresses and clothing that her and David wore. They also traveled a lot, visiting several states, including an Alaskan cruise and an anniversary trip to Hawaii. They also traveled to Europe and Australia, one of their bucket list goals. Her husband David passed away in 2018, and she remained in the family home until 2020 when she moved to Kentucky after being diagnosed with Alzheimer’s disease. She lived at The Lantern, a private memory care facility, until her death on June 2nd, 2022. Sharon is survived by her children, Jerame Brown and Scotty Brown; brother, Dimmy Walter; sister, Sandy Walter; and four grandkids, Jessica, Bill, Taylor and Saffi Brown. Sharon was preceded in death by her parents, Dorrence and Carol Walter, and her husband David. A burial service will be held at 2:00 pm at the Okanogan Valley Memorial Gardens on Conconully Rd in Okanogan, Washington on June 10, 2022. A memorial service will follow from 3 - 5 p.m. at the Cornerstone Church on Riverside Drive in Omak, Washington.

The family of Sharon Brown created this Life Tributes page to make it easy to share your memories.

Send flowers to the Brown family.