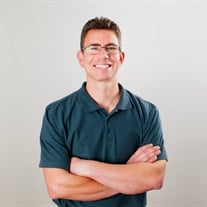 "It is my belief that the only way to be happy and obtain happiness is to give it, to express it to others." -Sean Jackson, September 2013 Sean Tyler Jackson was born on December 6, 1983 in Seattle, WA as the beloved first born to Gary and Sue Jackson. He started his adventures in Life in Mount Lake Terrace, WA. In 1988 his family moved to Issaquah, WA where he began a lifelong journey of learning starting from Issaquah Cooperative Preschool, Challenge Elementary, and Beaver Lake Middle School. Sean graduated Skyline High School in the class of 2002. As Sean grew he participated in Boy Scouts, Beaver Lake Middle School wrestling, and Kingsgate Junior Hockey. He developed a love of these things that he carried all his lifetime. He started work early as a newspaper boy for the Seattle Times. He graduated from Central Washington University, completing his Bachelor’s and Master’s Degree in Mechanical Engineering Technology receiving the Alumni Association Scholarship in 2005. After completing his initial education, Sean found himself in Bickleton, WA in 2008 as a technician for the Siemen’s Wind Farms. Sean then moved Goldendale, WA. After two years of scaling wind towers, he moved into a position as an Engineer in Training at the Klickitat County PUD. Sean casually attended various churches discovering a connection with the Church of Jesus Christ of Latter Day Saints and was baptized in December of that year. The following day he met Mindy Jackson where a simple handshake became the start of something new. Sean and Mindy went on one date and finding a true connection, the next day they were engaged. In December of 2011 they were sealed in the Portland, Oregon Temple. They settled in to begin their life together and a few months later were expecting their first child. Changes occurred at the KPUD and Sean found himself on the path to finding new employment. He took a mechanical engineering position at Electroimpact in Mukilteo, WA. Shortly after, his son was born and the family temporarily moved to Poulsbo, WA. In September of 2013 he joined Telect, Inc. in Liberty Lake, purchasing their first home together in 2014. The next year they welcomed their first daughter. Sean was active in the community, serving as a hospice volunteer and continuing service as a youth leader. He was active in his church life, often being the first one that would show up to help move fellow families or serve others in many ways. He worked on several projects which were patented and thrived in the fiber optic field. In the spring of 2017, the Jackson family welcomed their second daughter. That Fall Sean launched his own company, Mountain Freedom, LLC. His final job as a Mechanical Engineer was prototyping at Novelis. Sean felt a call to the teaching profession and in 2019, he began at Eastern Washington University earning his teaching certificate in the summer of 2020. That fall he became a STEM teacher at Omak Middle School and also taught wood shop. He often remarked on how blessed he felt to be teaching the things he loved so much. The summer of 2021 was spent exploring the Okanogan County in his green Toyota truck. He loved driving into the mountains to see as far as he could see, sharing his love of hiking and adventure with his family and youth groups. He participated in backpacking, camping, fishing, and biking. He finished out the summer at his family’s cabin in the Puget Sound area chopping wood, clearing trails, and sailing his catamaran. The fall of 2021 he started his second year teaching his students to make paper roller coasters, launched rockets, and build mousetrap cars. He loved developing the projects that would be taught in the wood shop. He also loved serving with the youth and volunteered as an assistant in wrestling. During this time his family shared in community holidays and more outdoor mountain adventures. Sean’s many adventures concluded on January 15th, 2022 in Omak, WA. He is survived by his parents, Gary and Sue Jackson, his sister Amy Jackson; his wife, Mindy Jackson, and his three children, Tyler, Amelia, and Carina. A memorial service will be held at the Church of Jesus Christ of Latter Day Saints on January 29th at 3:00 p.m. His family would like to invite all that knew him to this celebration of his life.

"It is my belief that the only way to be happy and obtain happiness is to give it, to express it to others." -Sean Jackson, September 2013 Sean Tyler Jackson was born on December 6, 1983 in Seattle, WA as the beloved first born to Gary and... View Obituary & Service Information

The family of Sean Tyler Jackson created this Life Tributes page to make it easy to share your memories.

&quot;It is my belief that the only way to be happy and obtain happiness...

Send flowers to the Jackson family.