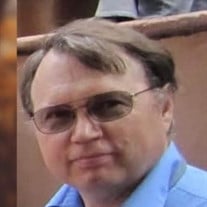 Ross was born on July 9, 1954, in Grangeville, ID. His father worked at several different wood mills in central Idaho, before finally settling in Omak, WA in 1965. For a brief time, Ross lived in the Clearwater, ID area while in junior high school. He returned to Omak during his sophomore year and graduated from Okanogan High School in 1972. After graduation, he started working at the Omak Lumber & Plywood Mill where his father worked. Ross married Peg (Peggy) Petersen in Okanogan on December 22, 1973. They bought Peg’s grandparents' home and 11-acre farm to raise their family. The family spent time together on the farm, camping, fishing, and swimming. Their favorite times were the ones spent with family and friends. In 1997, Ross, Peg, and Casey moved to the Elma/McCleary area. Ross continued to work in the wood mill industry. In 2016, he began working in Centralia at the TransAlta coal-fired electric power plant. It was his team of TransAlta co-workers who convinced Ross to go to the hospital to get checked for stroke symptoms which led to the discovery of his cancer in February 2019. Ross’s ongoing battle with brain cancer ended peacefully in October. Initial research suggested Ross had a life expectancy of only 12 to 15 months. Thanks to his strength, sheer tenacity, and complete thick-headed stubbornness, he survived for over 30 months. Cancer may have won but Ross endured two surgeries, radiation therapy, chemotherapy, and many prescription medications in his fight against it. Not one to let Cancer have the last word, Ross donated brain tissue to the University of Washington BRaIN lab for research so future brain cancer patients and doctors can benefit from his incredible struggle against this disease. (See https://dlmp.uw.edu/research-labs/keene/BRaIN-lab for more details) Ross Hinshaw passed away on October 28, 2021, in Montesano, WA with his loving wife by his side. He is survived by his wife, Peg, his four children, Jodi Billquist, Chris Hinshaw, Amy Davis, Casey Hinshaw, and 10 grandchildren. Also, by his brother, Ray Hinshaw, his sisters Tina Anderson and Ivy Michel, and numerous nieces and nephews. Ross was preceded in death by his parents, Clarence Hinshaw, Donna Hinshaw (stepmom), Roxie (Jacks) George, and his younger brother Wayne Hinshaw. A memorial service will be held 11:00 AM, Saturday, April 30th 2022 at the River Valley Funeral Home on Elmway in Okanogan.

Ross was born on July 9, 1954, in Grangeville, ID. His father worked at several different wood mills in central Idaho, before finally settling in Omak, WA in 1965. For a brief time, Ross lived in the Clearwater, ID area while in junior high... View Obituary & Service Information

The family of Ross Hinshaw created this Life Tributes page to make it easy to share your memories.

Send flowers to the Hinshaw family.