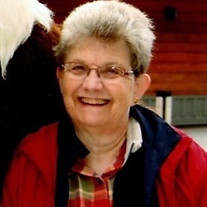 Lyslea Louise Mizer, 74, of Omak, WA, passed away January 4th, 2022. She was born 6/17/1947 in Centralia, WA to Georgia and William Mizer. When the plywood plant in Centralia closed in 1960, the family moved to Missoula, MT and then on to Libby, MT in 1962. Lyslea graduated high school in 1965 from Libby, MT. She attended University of Montana before graduating from Western Washington State University with a degree in education. She went on to attend the University of France where she lived with a French family and tutored children in English. From there she taught French and English at Kilcoy High School in Australia. In 1977 she moved to Okanogan where she taught Spanish at the Okanogan Junior High School. In 1984 Lyslea enlisted in a ‘mission of faith’ as a Literacy Consultant through Literacy and Evangelism International. She was assigned to Bogota, Columbia to help combat illiteracy. She believed if you can read you can teach someone to read. This was a self-funded mission through the Presbyterian church. While she was uncertain about future income she was quoted to say, “I guess the Lord leads”. Spanish was the language she loved and accepted a job as a translator for Employment Security. She spent evenings teaching English as a Second Language. When the Omak Employment Security office closed, she moved to Spokane and retired after 24 years, in 2013. She moved back to Omak to be closer to family in 2014. She had an adventurous spirit! Whether it was jumping off a freeway during a protest and breaking her ankle in the 60’s to ziplining in Hawaii with her family when she was 68! She loved to travel. One time she headed to Alaska with a friend, in an old beat-up car without any money. They lived on peanut butter and jelly sandwiches. She had enough of that by the time they reached Prince Rupert, BC so she took a ferry back to Washington. Her vacations were spent traveling. Her first trip was to the Holy Lands. She has traveled to Mexico, Alaska, Hawaii, Russia, China, Tibet, Thailand, England, Ireland, Scotland, Germany, Quebec, Nova Scotia, Italy, Spain, Greece. One of her favorites was a photo safari trip in Africa (with her disposable camera)! She loved her family and her church family. She was a lifelong member of the Presbyterian church. She spent her life traveling and teaching, in any way she could. She was preceded in death by her parents. She is survived by her sister, Leona Christensen, nieces Carrie Anthony, Sharma Dickinson and Christie Herber, nephews Todd Fletcher and Kevin Fletcher and 17 great nieces and nephews. Services will be held on Saturday, January 22nd at 2pm at the Omak Presbyterian Church. In lieu of flowers, donations can be made to a children’s charity of your choice. River Valley Funeral (Precht-Harrison-Nearents) is in care of the arrangements.

Lyslea Louise Mizer, 74, of Omak, WA, passed away January 4th, 2022. She was born 6/17/1947 in Centralia, WA to Georgia and William Mizer. When the plywood plant in Centralia closed in 1960, the family moved to Missoula, MT and then on to Libby,... View Obituary & Service Information

The family of Lyslea Louise Mizer created this Life Tributes page to make it easy to share your memories.

Send flowers to the Mizer family.