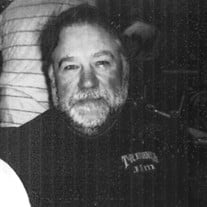 James ‘Jim’ William Vance born June 15, 1945, to Harold Vance and Hazel Lamb Vance in Portland, Ore. He received his robe and crown Dec. 12, 2021. Jim moved to Omak, Wash. in 1958 to live with his grandparents, Clive and Lena Vance. He graduated from Omak High in 1963. He married Linda Schwilke Jan. 16, 1965. Three children were born to them, William, Scott, and Amanda. Jim returned to school and received a degree in Irrigation Technology in 1989. He then worked for T&R Farms maintaining Center Pivots until his retirement in 2013 and moved back to Omak. He was preceded in death by his parents, grandparents, and son, Scott. Jim is survived by wife Linda; son William ‘Willy’; daughter, Amanda; grandson, James; granddaughters, Malia and Isabella; and brothers, Harold (Ruby), LeRoy and Lyle (Barb). Plus, numerous nieces and nephews. There will be a celebration of life for Jim will be at 11 a.m., Saturday, June 11, 2022, at Conconully State Park. This is a potluck so bring lots of food!

The family of James William Vance created this Life Tributes page to make it easy to share your memories.

Send flowers to the Vance family.