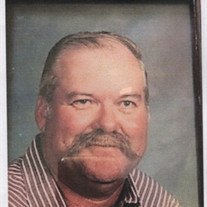 Not sure what to send?

Gregory Arthur Nordang (Greg) passed away in his sleep early in the morning of May 27 2022. Greg had suffered severe heart disease for the past four years. Greg was born on November 13, 1949 in Wenatchee, WA to Arthur and Grace Nordang. He was raised on the Nordang ranch up McFarland Creek in Methow, WA with his younger siblings, Suzan and Martin Nordang. On November 8, 1985, after a four-year courtship, Greg married Judy Campbell. They lived in East Wenatchee until December of 1994 and then relocated to Twisp, WA. Greg’s dad, Art Nordang, had a very successful and well-respected trucking company, Art Nordang Trucking Inc. and Greg worked hand-in-hand with his dad for over 50 years. Greg was also a wildfire dozer operator, building hundreds of miles of fire line during our terrible wildfires. He was so proud to go out on those fire calls with his very dear friend Paul Bergenholtz at his side, as a helper and a friend. When Greg became disabled after a massive heart attack, our son Jeffrey Spencer gave up his job with the state to run the daily operations of Art Nordang Trucking and did a wonderful job. Our son Joel moved to the valley purchasing Pipestone Canyon Ranch Event Center, providing a necessary outlet for Greg to visit and relax telling stories. Our daughter, Jennifer and her husband, Eddie have been daily help and support through Greg’s illness. Greg’s favorite pastime was to load up his dog, Sony, and head to coffee with his friends at Hank’s Deli. Oh, if those walls could talk! Greg was preceded in death by his parents, Art and Grace Nordang. Greg is survived by his wife of 38 years, Judy Nordang; sons, Joel Spencer, Jeffrey (Deanna) Spencer, and daughter Jennifer (Eddie) Rogers. Grandchildren, Kristen (Jason) Eng, Kelli Spencer, Tarah Spencer, and David Spencer. Great-grandsons, Isaiah Eng and Benji Eng. Greg’s sister, Suzan (Richard) Turner, nephew Brandon Turner, and niece, Kristen (Dorsey) Tyson and brother, Martin Nordang, Aunt Meribeth (Bill) Chick-Foust and Cousins. Greg was a man with a heart as big as he was, if you were a friend, he would do anything for you. He was an amazing husband and father and we loved our “Precious” so much. There will be a Celebration of Life for Greg at 11:00 AM on July 23rd 2022 at his son Joel’s Pipestone Canyon Ranch Event Center with a potluck to follow at the same location.

Gregory Arthur Nordang (Greg) passed away in his sleep early in the morning of May 27 2022. Greg had suffered severe heart disease for the past four years. Greg was born on November 13, 1949 in Wenatchee, WA to Arthur and Grace Nordang. He... View Obituary & Service Information

The family of Gregory Arthur Nordang created this Life Tributes page to make it easy to share your memories.

Gregory Arthur Nordang (Greg) passed away in his sleep early...