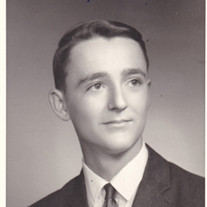 Edwin Charles Wells, 72, of Okanogan, WA took his final breath on March 4th at 10:38 PM at home surrounded by family, friends, and pets after a courageous two-year battle with pancreatic cancer. Edwin was born to George Wells and Ann Wells (Erbeznik) spending his childhood years ‘up top’ the Timentwa Flats. Before graduating Okanogan Highschool in 1967 into the Summer of Love he attended the single-room Duley Lake Schoolhouse. Beginning around 1957 Ed studied at Christ the King Catholic school in Omak, WA where he was one of the nun’s favorites and became an altar boy. As a child he learned the ins and outs of cattle ranching, learning to ride a horse instead of a bike; and driving a tractor and truck before a car. Upon graduation Ed embarked on his first of many adventures skipping the pond to London. He traveled to Paris then Madrid via bus and train. Europe did not satiate his wild curiosity and he soon crossed into Africa via ferry to Morocco. Just as tensions rose and shortly before the 6-days war, Edwin hitch-hiked through Algeria to Tunisia and then flew to Cairo, the prized gem of his travels. As the war started, he was perhaps the only American tourist on the ground in the country and had next-to-private tours of the oddly empty temples, pyramids, and sites from bored guards and guides. He would return to a tourist crowded Egypt again later in life and in hindsight realized just how lucky and naïve he had been to be in the country that first time. Following in the footsteps of his sister, Ed attended Gonzaga University in Spokane, WA in the late 1960s and early 1970s and studied biology and pre-medicine. Several credits before finishing his degree, duty and obligation called him home to help his father run the Wells Cattle Ranch. He moved to his home overlooking the Columbia River where he spent the majority of his life. Around 1975 Rick Will and Bob and Nita Timm introduced Edwin to his future wife Ann Minor. In October of 1985 Ed proposed to Ann in Istanbul, Turkey on a vacation to the Middle East. They married in October 1986 and remained so for the next 36 years until Ed’s death. In true rancher style, Edwin never really retired from cattle ranching. While going through chemotherapy he still managed to help brand cattle and even work on some fence with his long-time friend and employee Chris Kirchner and sons. Until his final days Ed enjoyed good cigars, bridge with friends, scotch, and Pink Floyd. He was generous and kind to all those he met but held firm to his beliefs and would vehemently argue politics at any chance he could. Edwin was preceded in death by his parents George and Ann; and siblings Claudia, Dale and Janice. He is survived by his wife Ann, twin son’s Phillip and Jordan, countless cousins, his cat Persephone and “grand-Puppy” Stella. A Rosary will be held at Our Lady of the Valley on Friday March 11th at 7:30 PM. His funeral will be the following day at 11:00 AM at St. Mary’s Mission.

The family of Edwin Charles Wells created this Life Tributes page to make it easy to share your memories.

Send flowers to the Wells family.