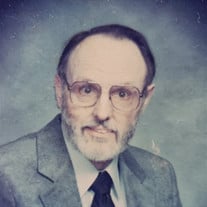 My Dad died June 8, 2022 after a recurring bout of pneumonia. He wrote his own obituary in 2004. This is his story. David William Harper was born at home on August 29, 1932 in Chehalis, WA to Dan and Ruth Harper. He received his early education here and helped out in the hardware store his parents operated. In the fall of 1944 the family moved to Long Beach, CA. In 1951 he graduated from Polytechnic High School. He entered the National Guard rising to the rank of Sergeant. He served in the U.S. Army and was stationed at Fort Ord, CA and Fort Lewis, WA. He was honorably discharged in 1954 and went on to join the reserves for 8 years. Upon returning to Long Beach, he attended City College majoring in math and began working at the Naval Shipyard in the design division. He married Marjorie Ann Yanac in 1955. They adopted Craig Ronald in 1960 and Danielle Estelle in 1961. In 1963 they decided to move to Wenatchee, WA where they purchased an orchard. Here he worked for Moore Sanitary Service and then Jeffrey Adjustment Service, traveling the region servicing multiple line insurance losses. In 1967 they moved to Omak, WA for the insurance firm. In 1971 they purchased Brownies Auto Supply on Main Street in Omak; relocating the store within 5 years to Okoma Drive. He sold Harper’s Auto Supply to Carquest in 1996. He divorced Marjorie in 1979 and married Fern Parker in 1980. Tragically, Fern developed early onset Alzheimers, passing away in 2002. David was raised in Christian Pentecostal churches and purposed to never bring reproach to the God he loved and strove to obey. Being also human, he was not without faults, but always proved God to be bigger in His grace and mercy than his errors in decisions and acts. David was also predeceased by his first wife Marjorie and his son Craig. He is survived by his daughter Danielle and her sister, Susie Wolff, who he called his second girl, his grandchildren Jayson and Linda, his stepdaughter Carol, her husband Rudy St. John, their children Erin, Jeff, and Amy, his stepdaughter Patty, her husband Brian McLain and their daughter Maranda. There will be a graveside service Wednesday, June 22nd at 1pm at Omak Memorial Cemetery.

My Dad died June 8, 2022 after a recurring bout of pneumonia. He wrote his own obituary in 2004. This is his story. David William Harper was born at home on August 29, 1932 in Chehalis, WA to Dan and Ruth Harper. He received his early education... View Obituary & Service Information

The family of David William Harper created this Life Tributes page to make it easy to share your memories.

Send flowers to the Harper family.